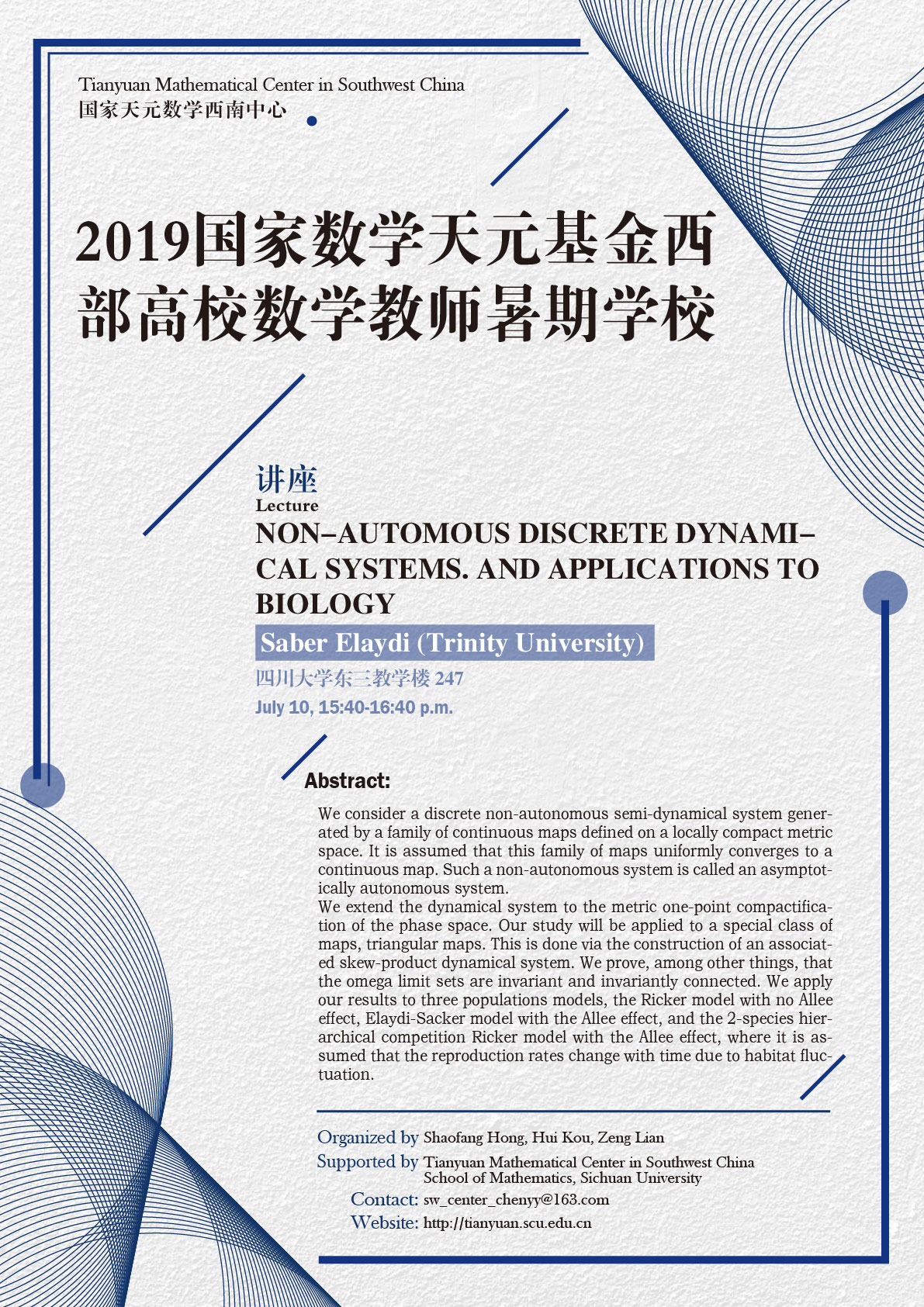 We consider a discrete non-autonomous semi-dynamical system generated by a family of continuous maps defined on a locally compact metric space. It is assumed that this family of maps uniformly converges to a continuous map. Such a non-autonomous system is called an asymptotically autonomous system.  We extend the dynamical system to the metric one-point compactification of the phase space. Our study will be applied to a special class of maps, triangular maps. This is done via the construction of an associated skew-product dynamical system. We prove, among other things, that the omega limit sets are invariant and invariantly connected. We apply our results to three populations models, the Ricker model with no Allee effect, Elaydi-Sacker model with the Allee effect, and the 2-species hierarchical competition Ricker model with the Allee effect, where it is assumed that the reproduction rates change with time due to habitat fluctuation.