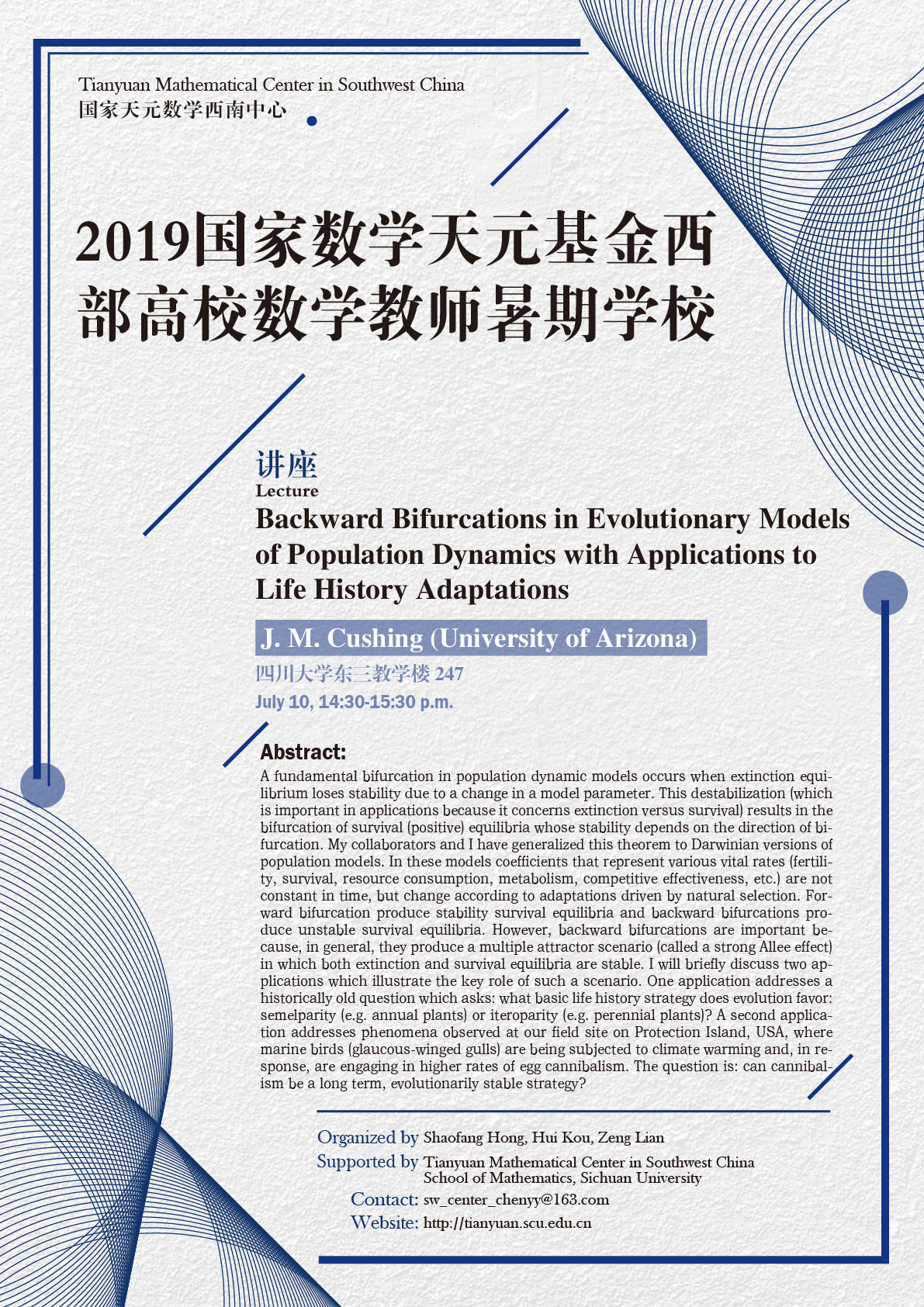 A fundamental bifurcation in population dynamic models occurs when extinction equilibrium loses stability due to a change in a model parameter. This destabilization (which is important in applications because it concerns extinction versus survival) results in the bifurcation of survival (positive) equilibria whose stability depends on the direction of bifurcation. My collaborators and I have generalized this theorem to Darwinian versions of population models. In these models coefficients that represent various vital rates (fertility, survival, resource consumption, metabolism, competitive effectiveness, etc.) are not constant in time, but change according to adaptations driven by natural selection. Forward bifurcation produce stability survival equilibria and backward bifurcations produce unstable survival equilibria. However, backward bifurcations are important because, in general, they produce a multiple attractor scenario (called a strong Allee effect) in which both extinction and survival equilibria are stable. I will briefly discuss two applications which illustrate the key role of such a scenario. One application addresses a historically old question which asks: what basic life history strategy does evolution favor: semelparity (e.g. annual plants) or iteroparity (e.g. perennial plants)? A second application addresses phenomena observed at our field site on Protection Island, USA, where marine birds (glaucous-winged gulls) are being subjected to climate warming and, in response, are engaging in higher rates of egg cannibalism. The question is: can cannibalism be a long term, evolutionarily stable strategy?