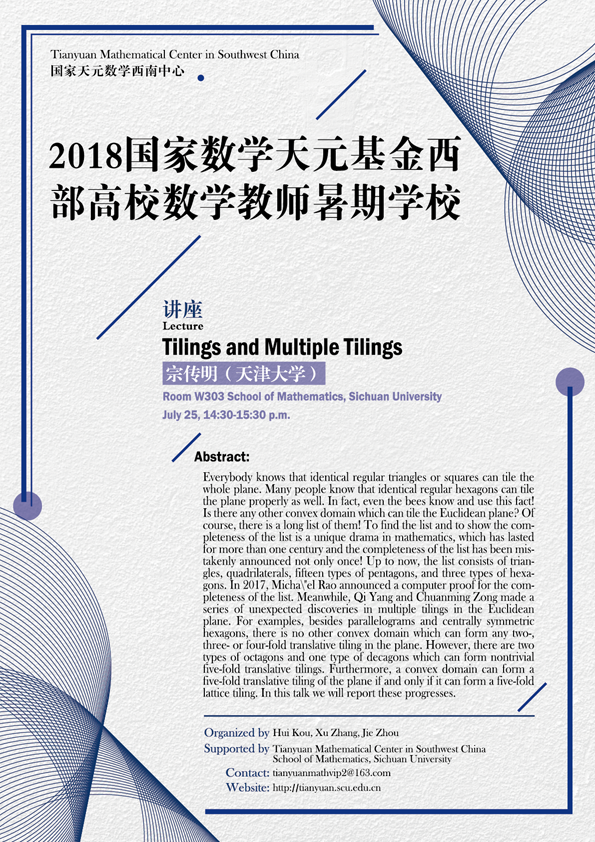 Everybody knows that identical regular triangles or squares can tile the whole plane. Many people know that identical regular hexagons can tile the plane properly as well. In fact, even the bees know and use this fact! Is there any other convex domain which can tile the Euclidean plane? Of course, there is a long list of them! To find the list and to show the completeness of the list is a unique drama in mathematics, which has lasted for more than one century and the completeness of the list has been mistakenly announced not only once! Up to now, the list consists of triangles, quadrilaterals, fifteen types of pentagons, and three types of hexagons. In 2017, Micha\"el Rao announced a computer proof for the completeness of the list. Meanwhile, Qi Yang and Chuanming Zong made a series of unexpected discoveries in multiple tilings in the Euclidean plane. For examples, besides parallelograms and centrally symmetric hexagons, there is no other convex domain which can form any two-, three- or four-fold translative tiling in the plane. However, there are two types of octagons and one type of decagons which can form nontrivial five-fold translative tilings. Furthermore, a convex domain can form a five-fold translative tiling of the plane if and only if it can form a five-fold lattice tiling. In this talk we will report these progresses.